We returned to Saudi for a pretty uneventful fall.  It was very quiet having only Vika here, although she talks much more now that she's the only child around.  We got back and jumped right into our school year.  Nothing too exciting but here is fall in Saudi.....

We leave our two dogs Chewy and Roxy for the summer in Saudi.  A worker on the compound feeds and walks them during the summer.  This summer I thought I would be nice and let the roam the house while we were gone.  Usually we just keep them in the kitchen where they have a doggy door to the backyard, but they love to sit by the big windows in the front rooms and look out onto the compound so I didn't confine them to the kitchen this year.  I had thought they would be good, BUT....

Chewy apparently wasn't too happy with us leaving her this summer so she spent quite a bit of time in Vika's room chewing the eyes and even some of the faces off of the stuffed animals that were on Vika's bed.  There are tons of stuffed animals on her bed so she still has plenty, but it was quite sad to see how Chewy spent her summer while we were away.  Think she is sending us a message?


This year we were actually back in Saudi on our 25th anniversary.  Usually we are traveling or really jet lagged, but we actually celebrated by going out to dinner.  Gavin was so thoughtful and got my gifts in Utah before we left to give to me here.

One thing we love about being here in Saudi is our pool and the nice warm/hot weather we have to enjoy it.  Unfortunately, it gets so hot over the summer that the water in the pool is like a hot bathtub, so it's not very refreshing when we first return.  By September though, it is just perfect for me.


Fortunately we are able to get NFL games on cable here, unfortunately, Gavin lost his football partner when Jonny left and now has to convert Vika to be a football fan.  Not sure it's working here.  She doesn't seem to interested in the crash tutorial he gave her.  I of course like watching it at times, when it's the right team.


Stephanie is here this year teaching at Aramco.  She took a job as a 7th grade Language Arts Teacher and is living about 15 minutes from us.  We are in the same ward so we get to see her every week but sometimes we get the opportunity to go out and explore together.

Stephanie and my birthdays are very close together in October so we decided to celebrate together by going on another adventure out to the desert.  We drove out to Half Moon bay to expose who to another crazy Saudi pass time.

On our way out we saw this poor guy with a shredded tire.  It was so shredded that it actually damaged his wheel well.  We felt sorry for him, but then not because they drive so radically here that he probably was doing something crazy.

Near Half Moon Bay they have what we call the Saudi Drive In.  It's a man's world out here and they all park at the bottom of the sand dunes and watch other cars try to go up it.  It's fun to watch how crazy they are as they try to show off their 4 wheel drive vehicles. 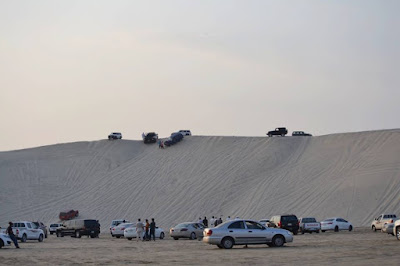 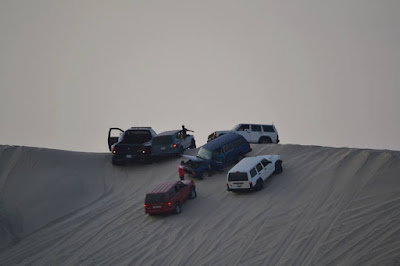 These cars were a little out of control.  The green jeep with the hood up got stuck, so then other vehicles came up to help.  The big black truck on the left came to help but then got stuck on the ridge at the top.  The green jeep next to it came speeding up and then slid into the big black truck.  I'm sure there was some damage done there.  Now they have three cars that are stuck.  CRAZY!!!!


On the other side of the dune with the cars are hundreds of ATV's.  Now it's people being crazy with smaller 4 wheel vehicles. 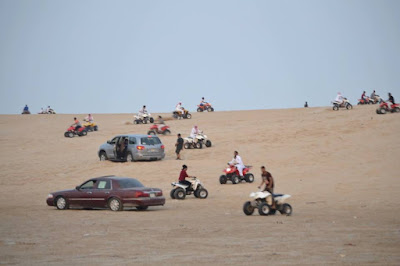 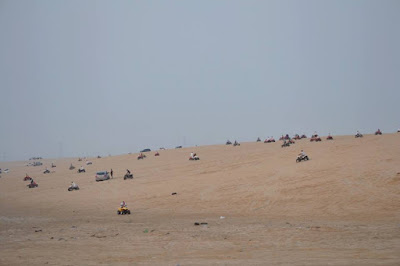 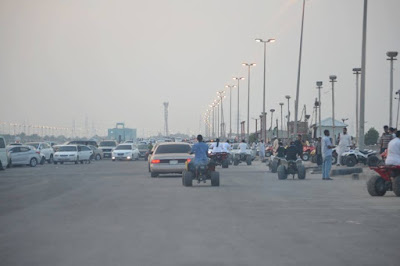 A fun thing about  being out in the desert is that women, children, probably even dogs, can drive.  In the desert, anything goes. 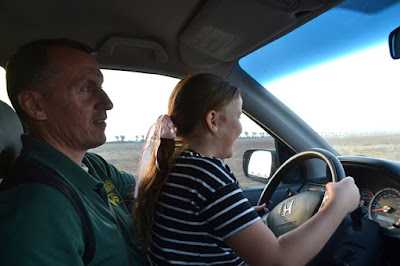 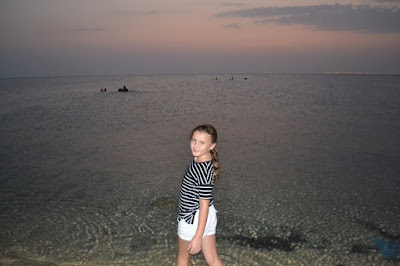 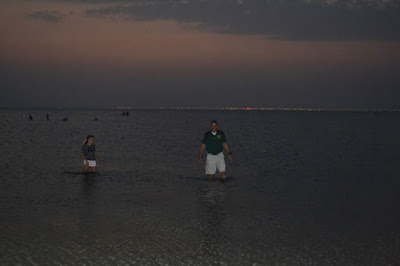 Our day ended with dinner at El Chico's at Aramco on the golf course.  Perfect birthday day and so glad I got to spend it with Steph to celebrate her's as well. 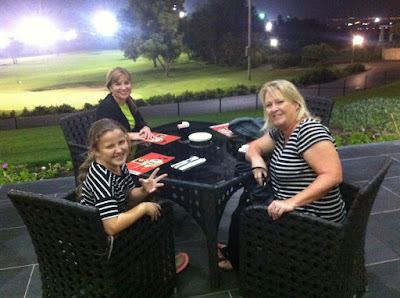 Halloween in Saudi is pretty simple with a parade at school and then trick treating on the compound.  This year Vika wanted to be a zombie doll for the school parade. 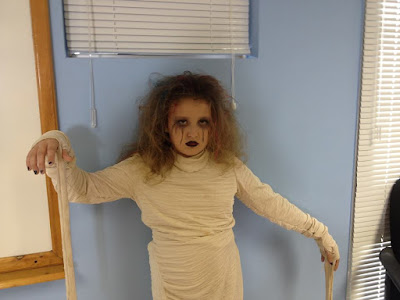 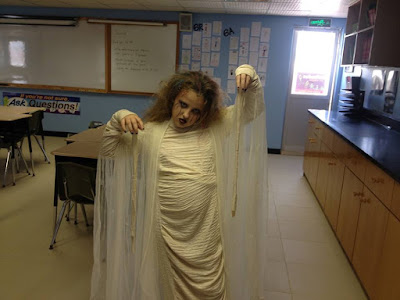 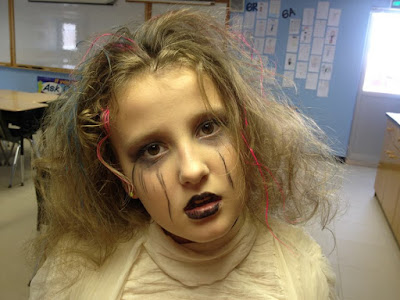 During our Eid Break Gavin decided to go on an adventure to the area where Nephi broke his bow.  He traveled to the South Western area of Saudi Arabia.  He drove all day and slept in the car, then explored the area where the only trees that could be used for a bow are.  He found what he thought was the tree and cut some it's bark off to build a bow and arrow himself.  Then slept in the car and drove back the next day.  We had thought of all going together, but I wasn't too excited to travel in Saudi plus we couldn't find a hotel near this area that we wanted to stay in sooooo he was off on this adventure alone.  Here are some of the pictures from his trip. 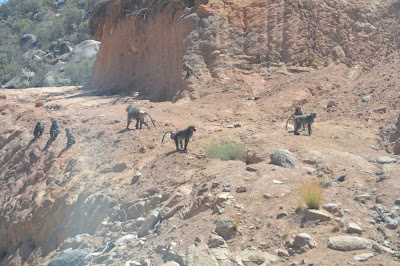 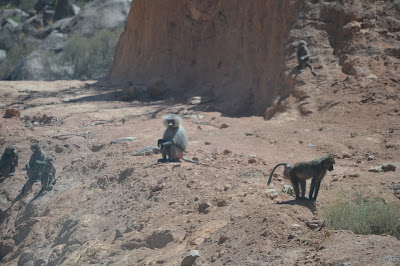 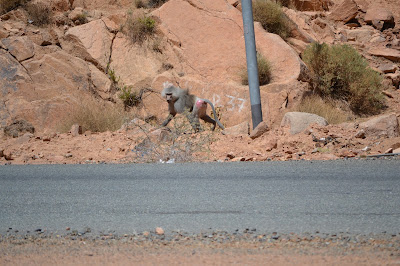 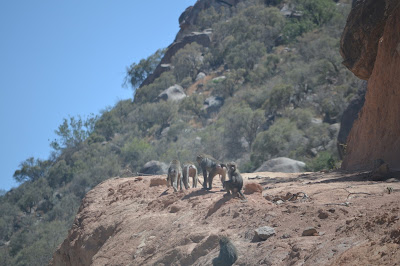 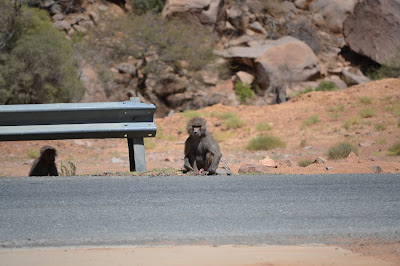 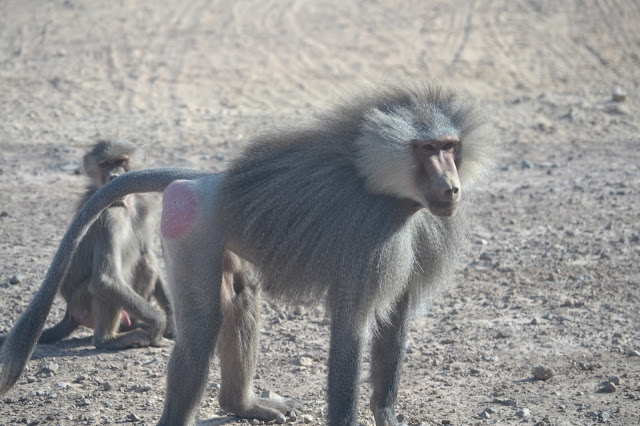 We don't get to Bahrain too often, but I had a math conference one weekend so Vika and Gavin came over for part of the time.  Vika was able to go cart in Bahrain for the first time.  The go carting is at the Bahrain Race Circuit track so they gear them all up like it's a professional race.


Christmas in Saudi is a big deal on our compound because it's the only Christmas we can get here.  We try to make it something the kids can remember.  This year we had it outside with fun activities for the kids. 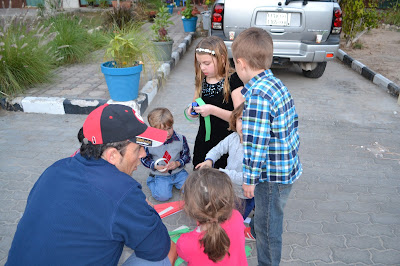 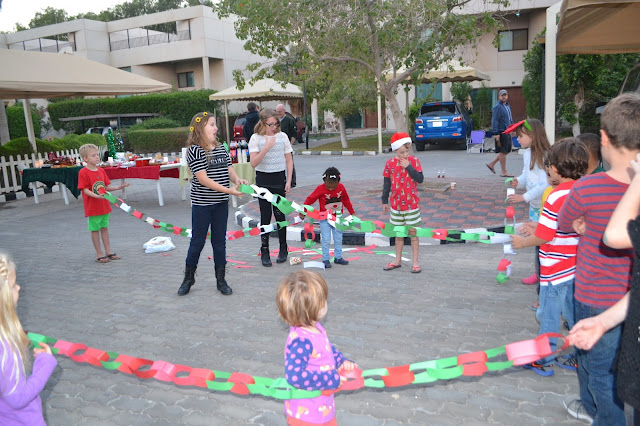 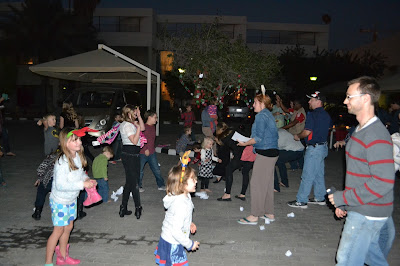 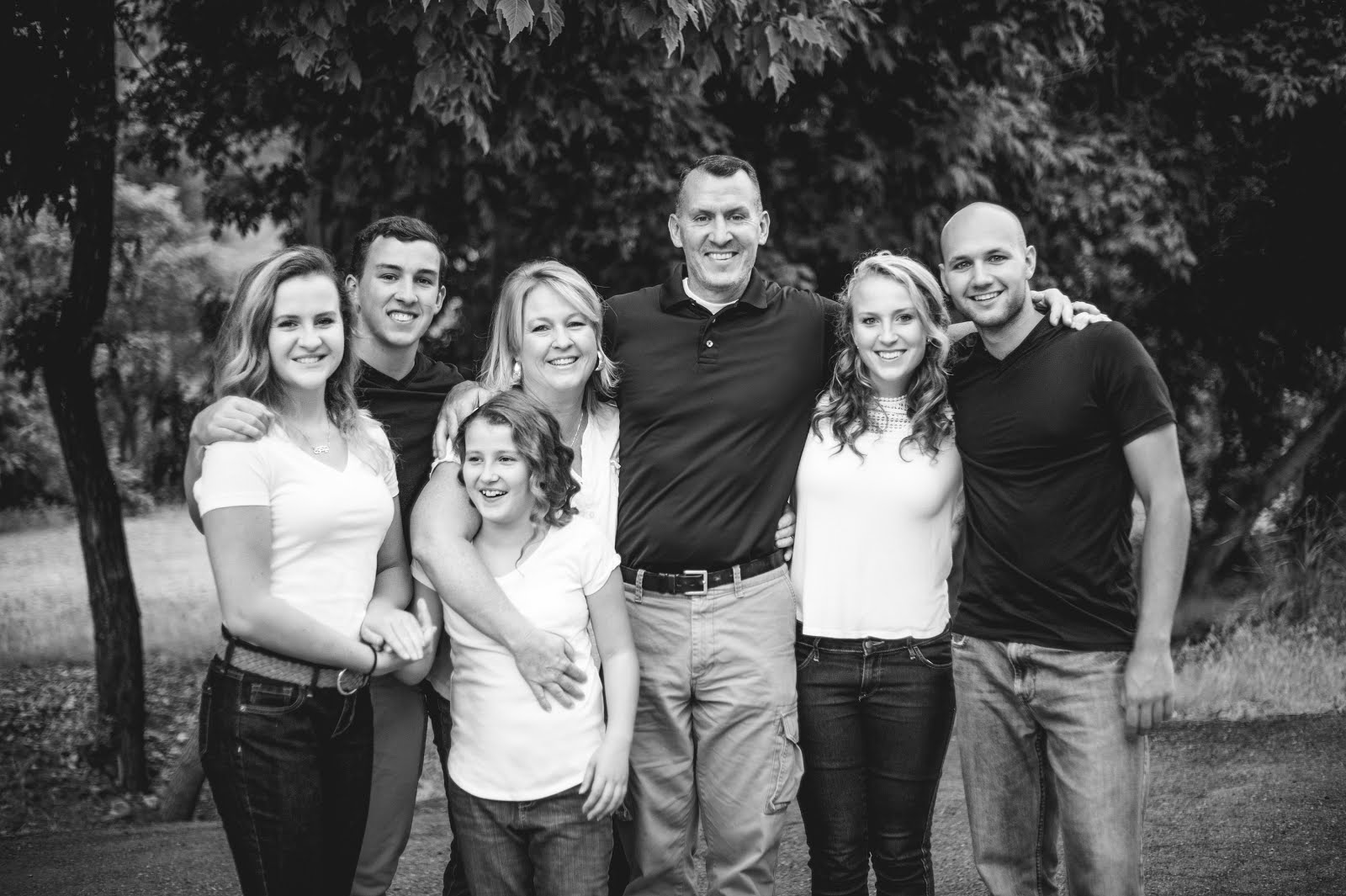 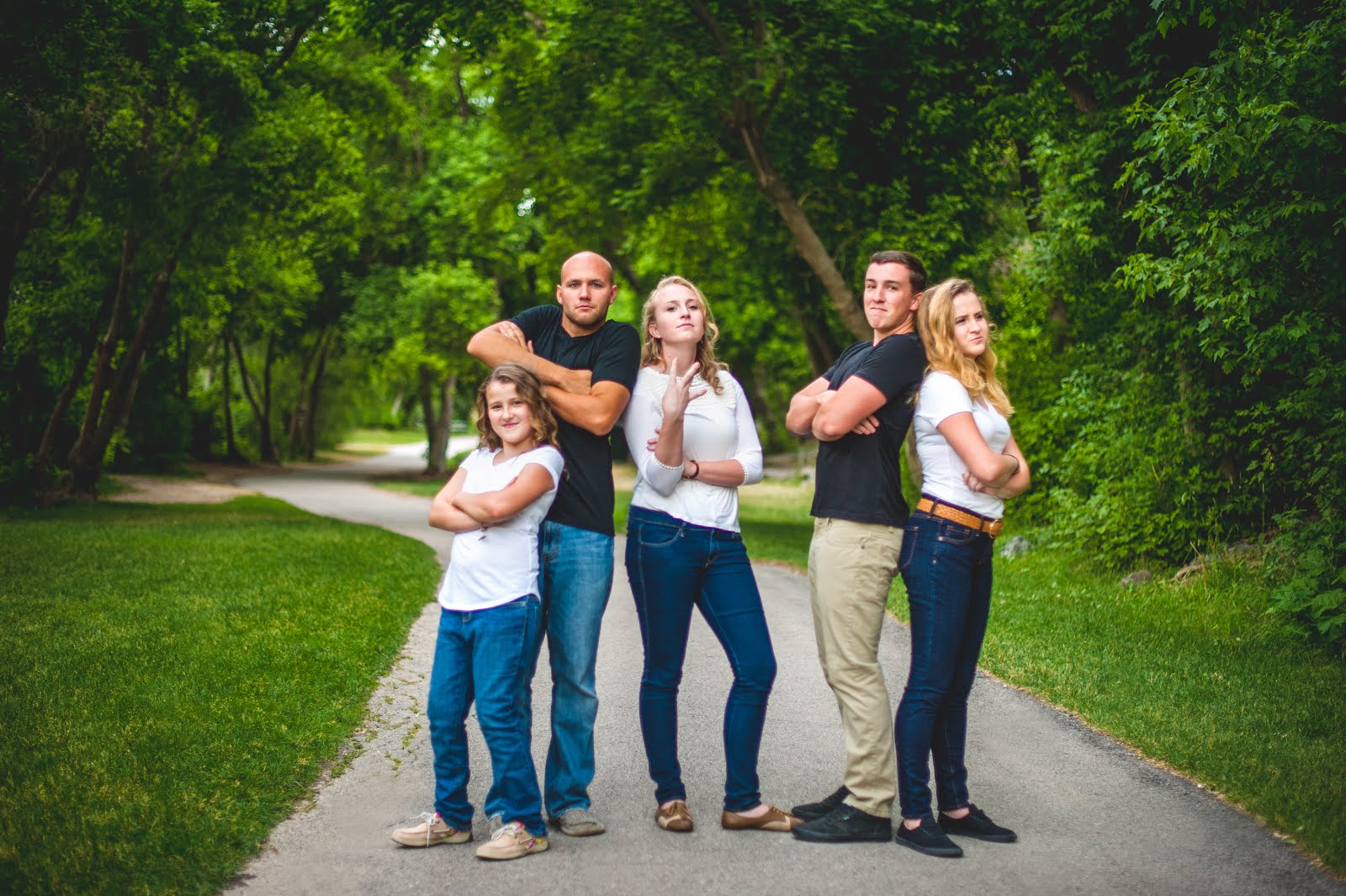 We have been blessed with four beautiful children. They each bring something special and unique to our family. 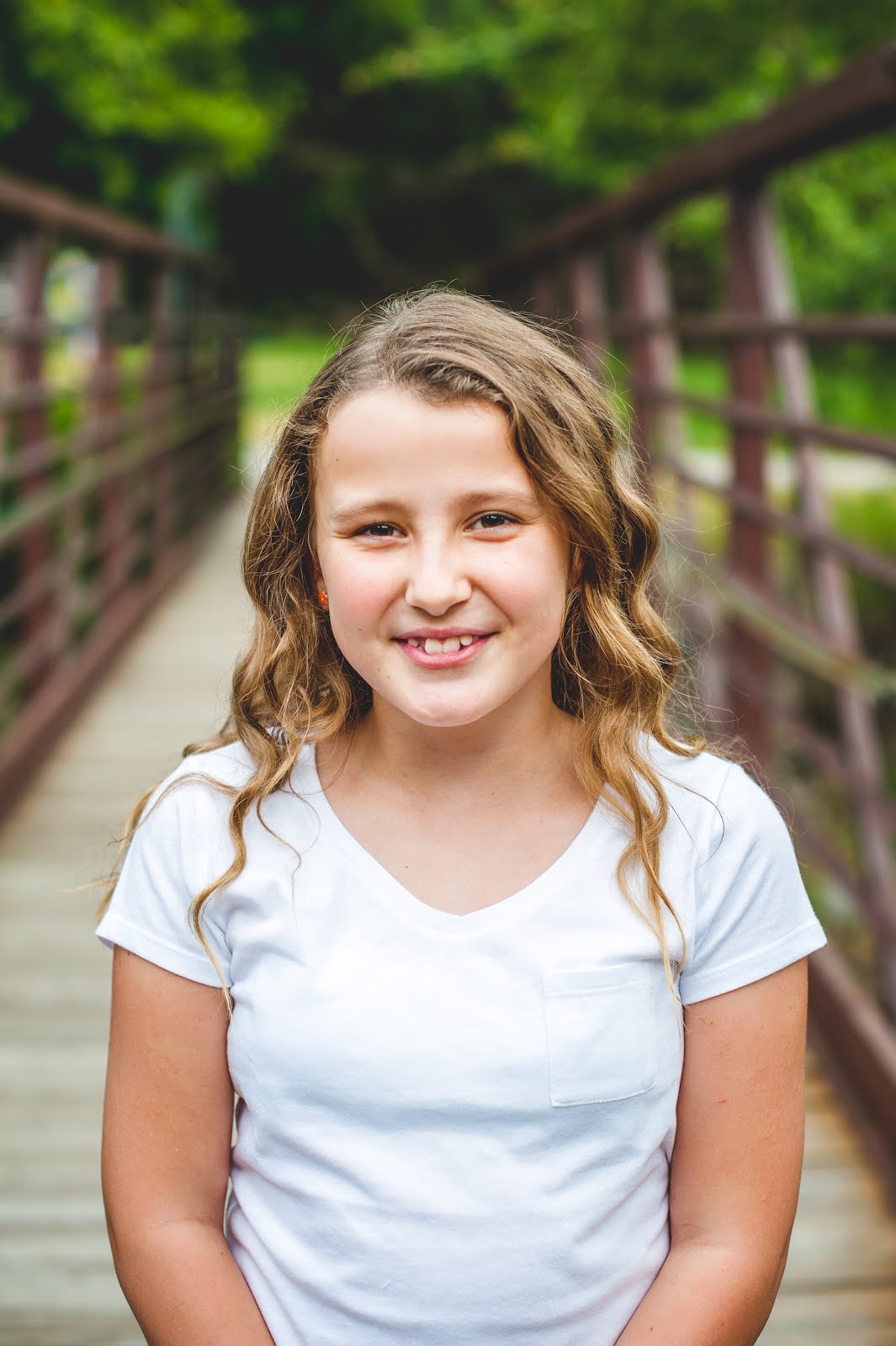 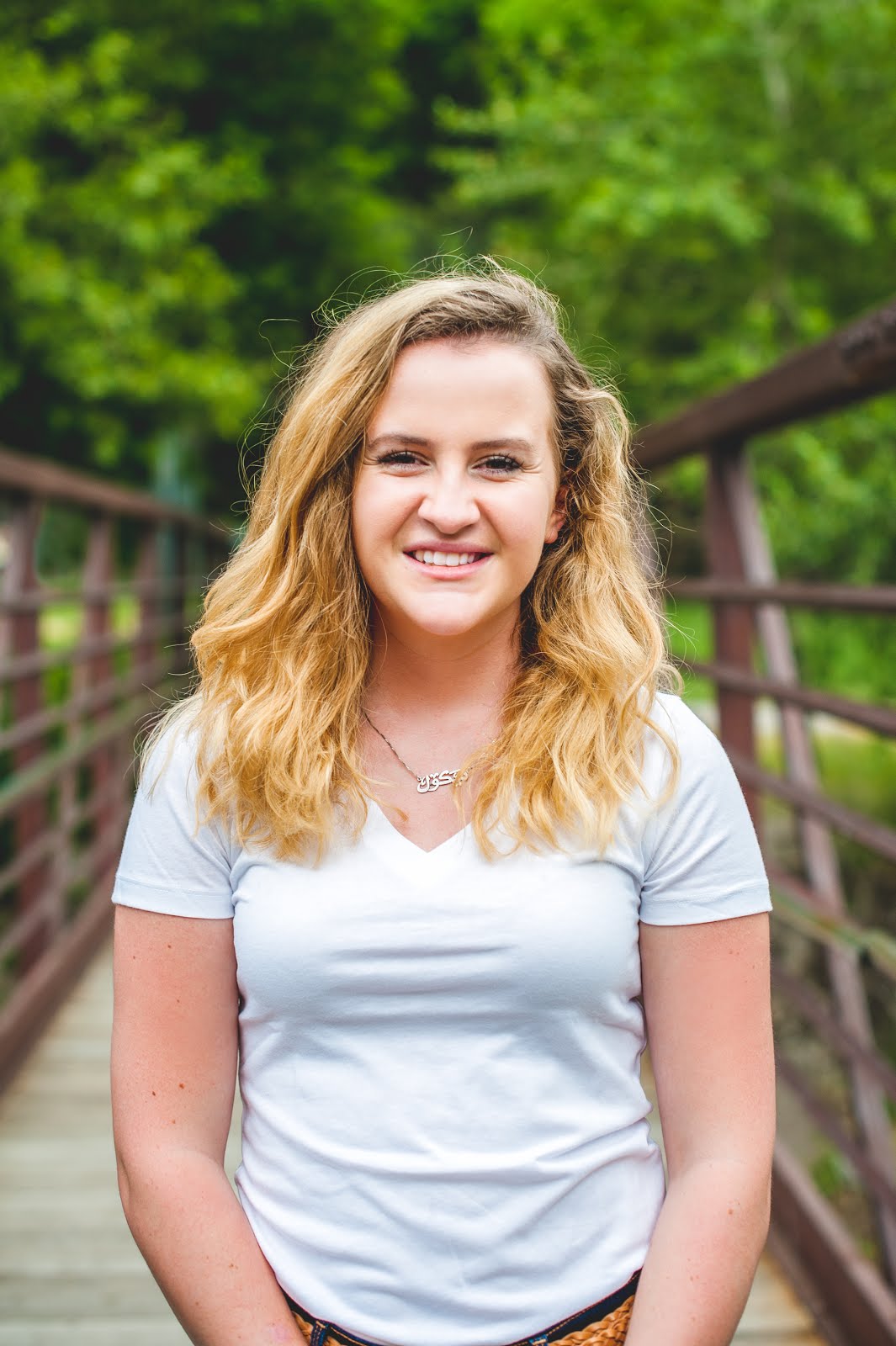 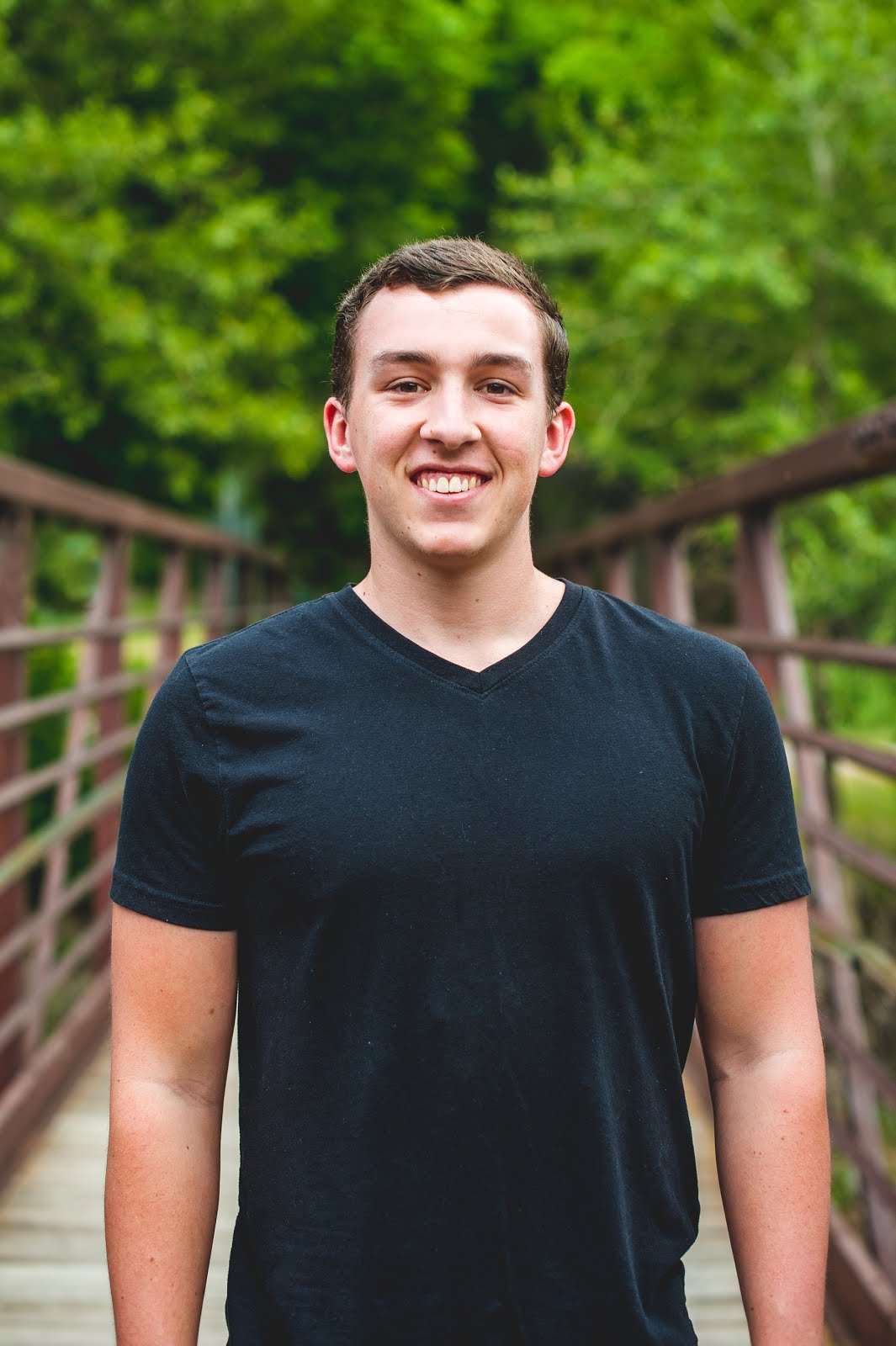 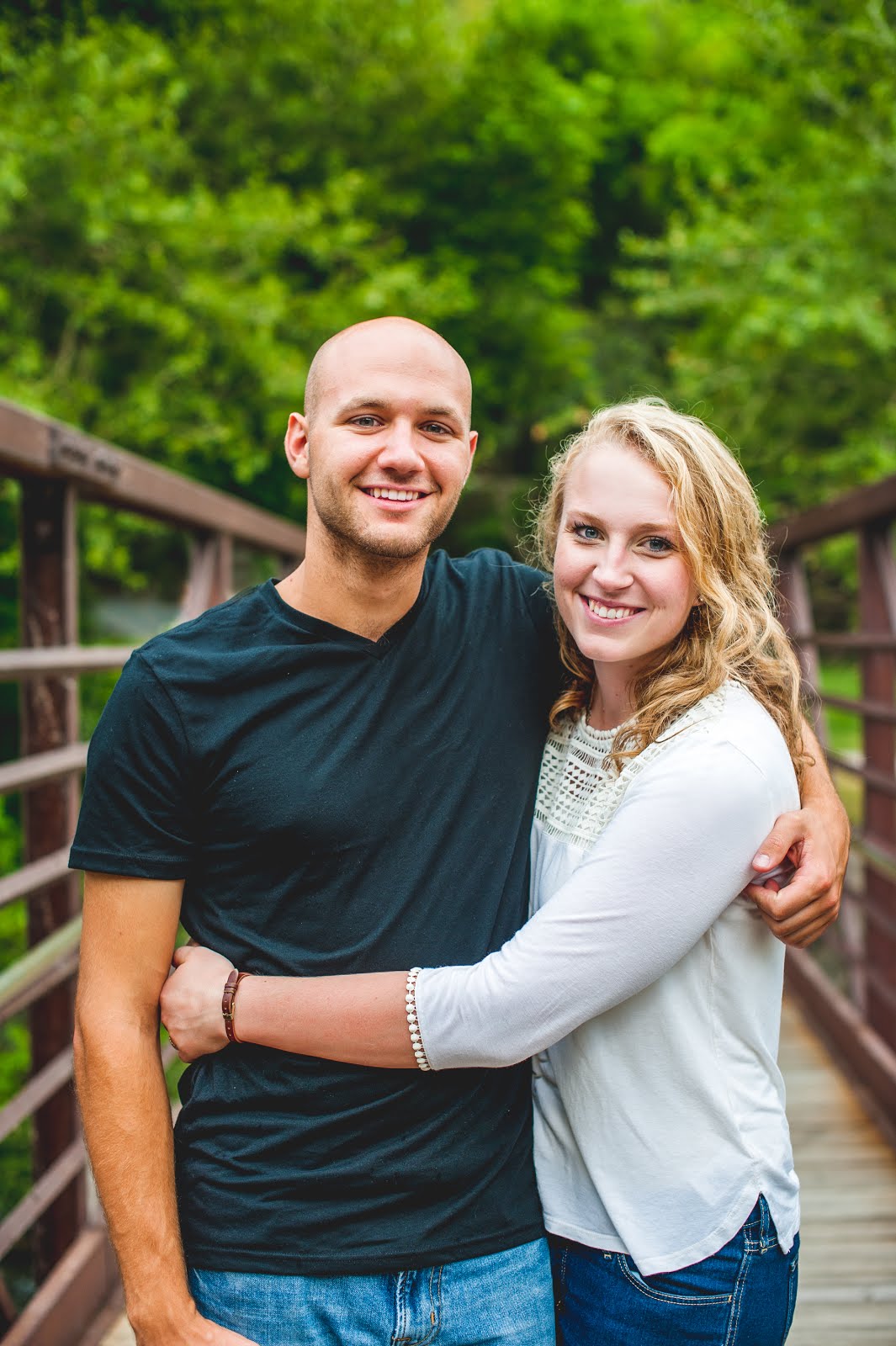